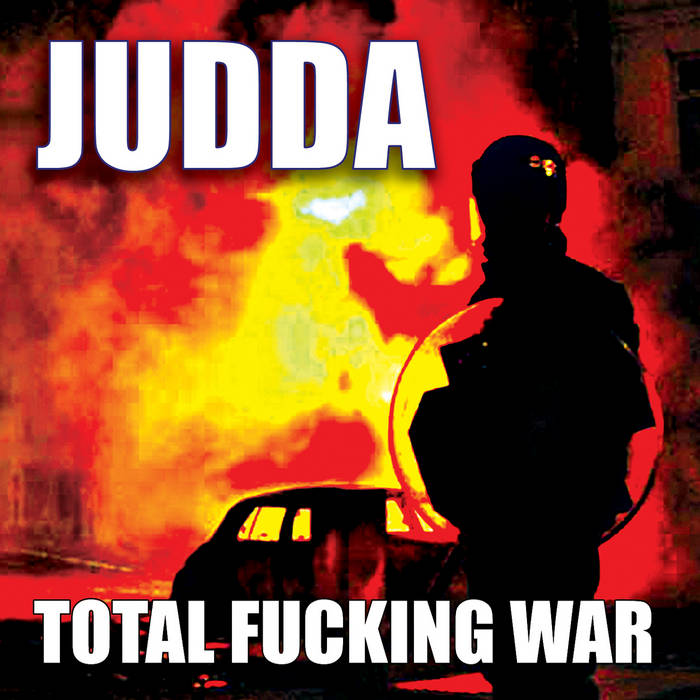 Be afraid… be very afraid.

London, some time in the early 90s. While the slickly angsty grooves of Reznor, et al were starting to infect the bigger alternative dance floors, Londoners with an up-to-date tetanus shot and a taste for something more primal were braving the harder, uglier, more visceral sounds of PIG, Leech Woman, Cubanate and Judda.

The latter two came together in a series of chaotic and noisy ‘versus’ shows at Camden’s Underworld, home of cheap cider, crap speed and apocalyptic toilets. If you remember Judda, it will likely be from one of these intense, eat the prisoners shows rather than from their recordings. That’s because, save for a couple of compilation appearances, they never released anything.

That’s about to change. Armalyte Industries has scoured every warehouse, farmhouse, henhouse, outhouse, crack den, sex shop, executive washroom and disco hospital, and Frankensteined together a collection featuring every original track Judda spewed out, as well as some prime, juicy remixes and a couple of sneaky surprise tracks.

Even some years after the fact, Judda still sound dangerous, immediate and urgent, with a sound that falls neatly between the sleazy bump and grind of PIG and the iron-pumping bounce of Cubanate. They also sound fresher than anything the bands that took that sound into the mainstream have done in several albums.

You could think of ‘Total Fucking War’ as a historical document, a might have been. We prefer to think of it like one of those lead-lined plague coffins they find when they’re drilling new railway lines. Even after all these years, open the lid and something diseased and savage will leap out and dissolve your face.

From the bowels of Camden to oblivion...
Judda recordings from the early 90's.