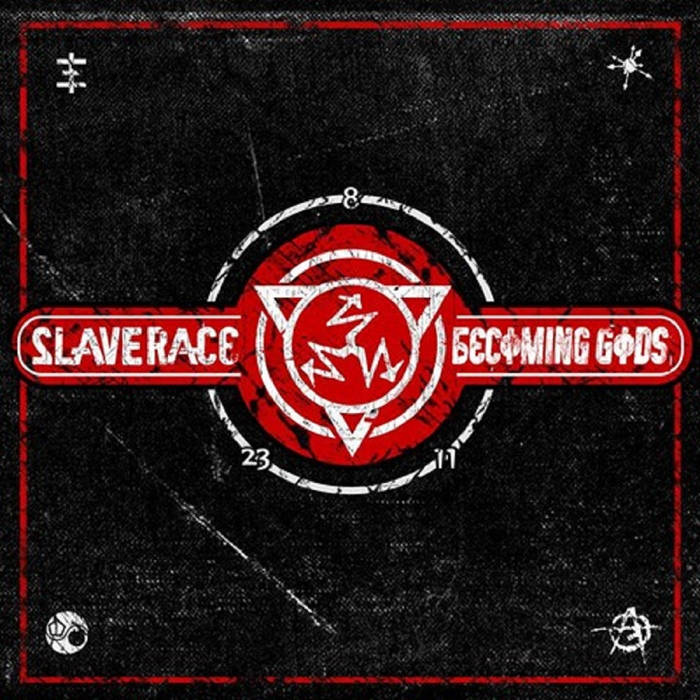 You are Becoming Gods...
This release is the result of the explorations and experiments of the years leading to this moment in the discovery of the 2LAVE RAC3. A raw and uncut collection of punk acid techno, dark hip-hop and ambient ritual experiments of nostalgia. Recorded and produced LIVE and improvised on the Roland TR-8, TB3, MX1, RC505 and TB-03 at VSRL MANIFESTATIONS in Brighton, UK.

Tribal Unity & The Pulse Of Reality...

Since the dawn of the first man, we have come together as comm-unity to dance around a fire to the beat of a drum. The solace of repetition, the induction of trance and the hypnotism of the drum has forever been part of the celebration of culture and the birthplace of community –indeed it’s all we have ever done. Now, in our urban technopolis, with the abundance of high technology, we have replaced the djembe and the didgeridoo with the drum machine and the 303. We mimic the sounds of our environment with the instruments we have around us. Instead of birdsong there is car-alarm. Instead of thunder, there is explosion. Instead of clarity, distortion! Essentially, it is the pulse of the mothers heart beat that makes the repetition of the drum so familiar and enticing.

Musick is Magick! The art! The deliverance of energy, ideas and consciousness; communication in its most uncorrupted form. In an open and receptive state of awareness humans can utilize musick to infect and inspire. Through shamanism and the occult, we can perceive and tune into ideas and limitations previously neglected by the ego/identity/belief construct, then we can use, cut-up, transmute and manifest our discoveries, to whatever end. These realisations can be crafted most effectively into art in all its forms, but the most emotionally powerful is the craft of musick! Use your delusions, hijack your madness and manifest tomorrow. There is no such thing as reality – make it happen!